The competition on who the best mobile phone manufacturer between Apple and Android mobile phones has been hopeless for both companies. Year after year Android and Apple release higher quality mobile devices as well as a continuous update in their software. As a result mobile users are faced with the dilemma of choosing whether to buy an Apple phone or an Android. Below are the top advantages of both mobile devices.

Pros in being an Apple user

In general smart phones are known to have a terrible battery life however, Apple users are blessed with a powerful “stand-by and on-screen” mode device which can last longer than twenty four hours if you are not a heavy user. Giving its user six hours of mobile web browsing while other smart phones are just promising two and a half an hour.

Another reason why Apple’s mobile devices have more battery life compared to Android mobile devices is because the latter uses lesser RAM. Just like the laptop and the PC, Apple’s RAM is where it stores the short term memory such as all the currently running apps. The reason why Android phones use more RAM is to be able to switch faster from an application to another. In return the phone needs to use more battery life to be able to run continuously.

In short Apple devices use much lesser RAM thus giving you a longer battery life.

The last point why some users prefer is that Apple stands firm when it comes to your mobile device’s security and stability of the system. It includes their own version of updating each application and software according to whether the user wants to upgrade their device.

There are different security notifications from Apple such as the “Mailing List” which is a web based system to provide product information. “Updates” are also sent to the device apps store to let you know of the available updates.

Pros for being an Android user

This is probably one of the most celebrated features of Android mobile devices. Many manufacturers have adopted this feature mainly because it lets users to personalize their devices. In essence there are applications that are available in this OS in which the user can give their devices a unique look. Unlike Apple, Android in an open market when it comes to making different applications, this enables any developers to enhance and reach the limits of their featured apps.

An Android device’s home pages can be customized as well using folders, widgets and short cuts. These allow users for an easier access of the application that they often use without launching the application. There are widgets for almost all main applications such as the “calendar”, “Email” and other networking apps.

There are a lot to choose from in terms of customizing your android home screen. There are paid as in which you can literally change the way your home screen looks by adjusting the grid size or adding panel rows if you want. You can also download applications that can hide unused apps to clear your screen.

There are more advantages in having these two phones making it a frustration to pick what phone to purchase. Always remember that it is important to study and get all the necessary information before buying an Apple mobile device or an Android device.

Want to join the discussion?
Feel free to contribute!

5 Things You Have To Remember in Managing Your Online Reputation 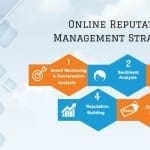 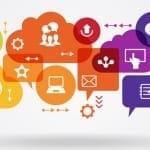